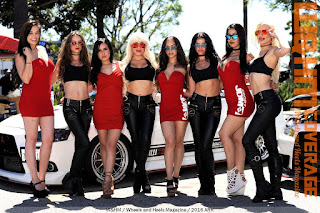 At the Clean Culture x The Car Lab joint car show / car meet event at the Santa Anita Park, Arcadia, it was a scene that is very different than all the other shows in the so-Cal scene.  The sun striking heat seemed to have impaled some kind of trance into people who ran the show as well as the crowds inside the show.  What we have witnessed is a semi-organized gathering with so many not-sure-if-sanctioned activities going around.  It's indeed, a different show.

To start off, simply the entrance was pretty chaotic, according to several people and vendors that we interviewed.  There were no assigned space and based on the first come first served spots allocation.  This put vendors into all across the big parking lot, making them more like other car club tents at the show. 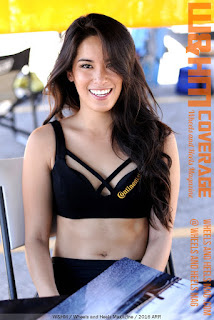 The ticket price varies depending on when you come in, where you came in, as well as who's in charge.  We got dropped off at the gate, and were asked for $15 entrance fee and were given a flyer as proof.  Fair enough.

Then right by us, there was a group of people who also joined in at the entrance.  When asked, they said that they already paid but no flyer in hand, and simply passed the check.

Then at the mid-show, we were walking out the event, the checker just let people in without even asking for entrance fees or a flyer.  That did infuriate us, as you can see why... That's a fail we can solidly say...

We walked through the car show venue, which is Santa Anita Park's Gate 5 parking lot.  It has a good size of space that can host a lot of cars.  The lot has been constantly filling and we see cars come in and out among crowds.  It's a pretty active traffic scene that is not usual in other shows.

We asked how people thought about the show, and almost unanimously, they said that it is smaller than they expected.  We thought they are pretty decent in the turn out.  Guess they have seen bigger showing in other events from the same organizations. 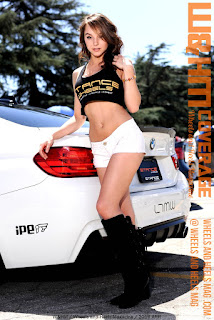 Luckily we still managed to find several our great vendor friends as well as our cover model Arley Elizabeth, and feature models Amber Rayn and Bee.  That's a great relief after a long walking around in the show.

Also the JDM Sport team brought out many models as usual.  They also teamed up with Kandy Shop Bikinis / Spearmint Rhino girls to have the more than 60% of the model presence all under one tent, literally.  That's staggering and great support to the show!

While we kept walking to explore more awesome cars at the show, you can hear some revving and then skidding, and all kinds of noises at the venue.  It turned out that people were doing impromptu burnouts.

Whenever there was a car that was firing up their engine, huge crowd would rush to the spot and witness the great action there.  From what we saw, it's does not seem to be a controlled environment for the car lovers to show off their rides' powers. 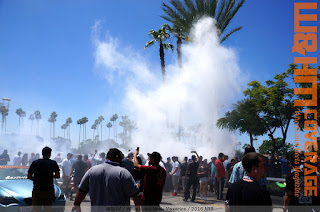 The smoke coming out of the burnout was so thick that it rivaled a professional drift car in competition.  The amount of rubber that it generated on the ground could be collected to be a heap...

This is definitely one of the things that we did not see in other shows.  We are not sure what the protocols or local ordinances dictating the actions here.  However, we do hope that there were more cautions and security of these activities, just for the safety of the bystanders.

On the other hand, we do say that the fans got an earful, a lungful, and an eyeful of excitements from the showing-offs. 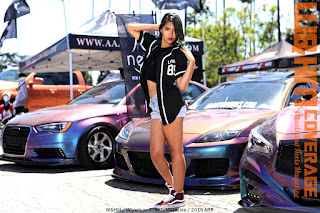 Overall, this is a good show despite some operational issues and concerns.  We believe this is the first time that they attended the southern California region for the show.  It's a good turn out and we do see a good future maybe next year.

And we want to thank all the promotional talents who showed up at the 90+ degrees weather and endured the relentless sun and heat.

We look forward to hopefully seeing Clean Culture x The Car Lab doing again next year at the same spot!

Now click the link below to see more photos of the models and cars! 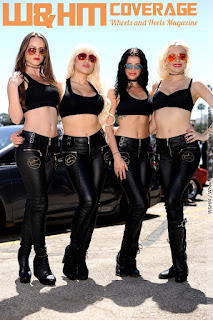 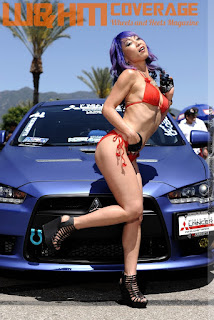 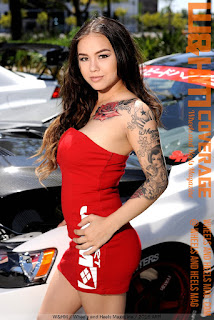 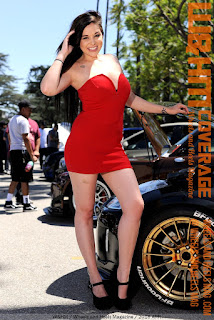 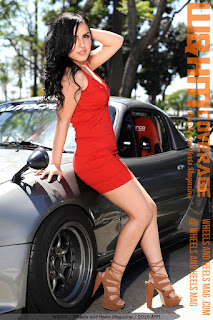 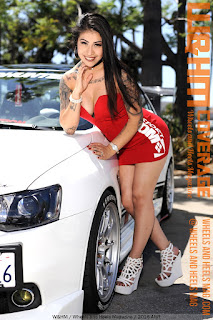 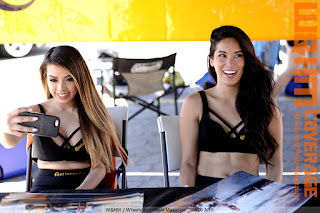 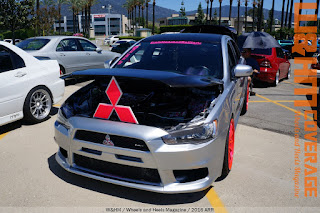 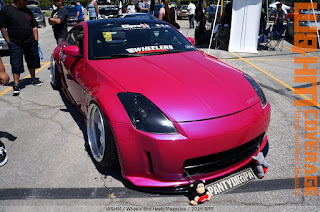 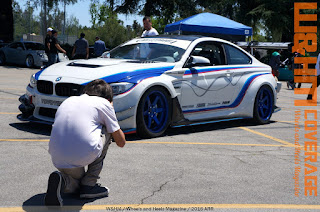 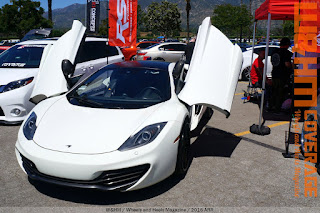 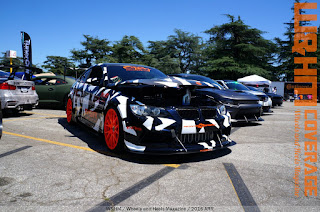 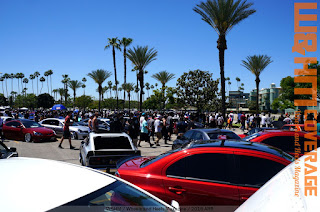 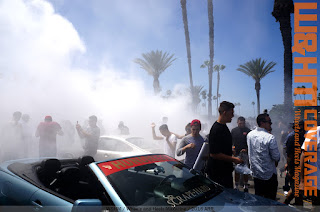 * Please forward any requests or questions to info@wheelsandheelsmag.com