Her golden hair reminds me of Farrah Fawcett's most famous poster.  Her smile is like a carefree child that enjoys a summer ice cream.  Her athletic figure projects like you can envision her on an Olympic game gold medal stand.

However, this is only half of the story!! 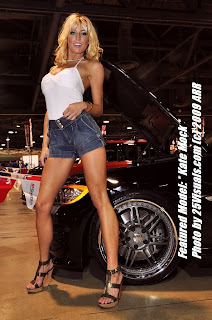 She is also totally a car buff!  No, I am not talking about just naming a few exotic cars and whip out some car model names.  She actually gets greasy and fixes cars.  She knows car parts in and out.  When she responded to my casting call for SpoCom, she mentioned something like "a sterling grey e39 530i bmw with tints, matte black grilles, carbon fibre emblems, smoked side lights, high powered leds", I know that she reaaaaly like cars!!  She was selected instantly!! 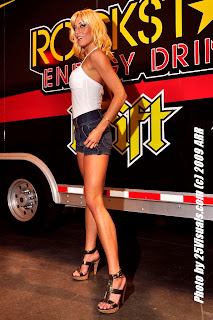 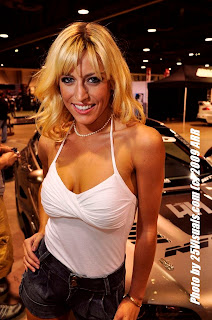 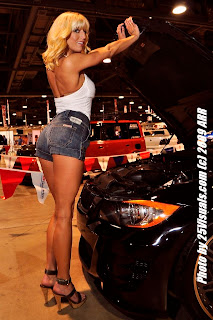 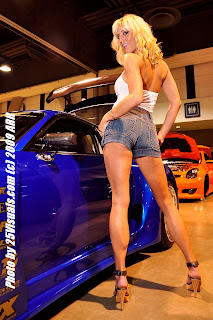 Just a week before SpoCom,  I was at a local swimsuit runway shoot.  It was fun and lots of gorgeous models.  Then there was one model that stood outside the crowd with golden hair, slim and well toned body, and a million dollars smile... I did not know her and she did not know me, until we found out a couple of days later that she's the same model that I selected!!  Talking about a mere incident in a small world at greater Los Angeles area...  I guess it's fate... 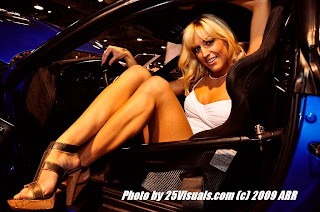 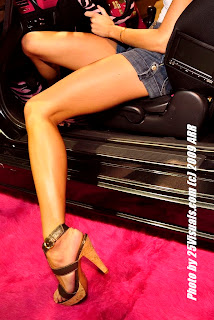 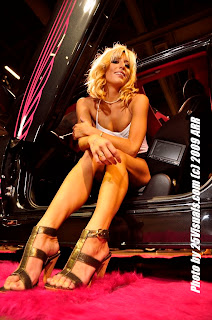 There will be part 2 to continue this coverage of the great featured model: Kate Mock!!  Stay tuned!